Home - 7 reasons to surf in Britain this winter

7 reasons to surf in Britain this winter

There are many reasons to take a surf trip around our own ‘big island’ without us needing to mention negatives like the recession, so let’s take a look at some of those positives shall we?

Classic waves break on UK shores all winter. Why fly away from them?

Even though you can fly to France in an hour, it still takes a bit of planning and door to door you’re still looking at half a day’s travel once you’ve navigated the airport both ends. But, when freedom comes upon you at the last minute (sacked from work / stood up at the alter / off work due to mystery illness) you can’t beat the classic road trip.

Throw everything in the car, strap the boards to the roof, pick up your mate and head straight for the surf. With no planes of ferries to force your schedule, you’ll never be late and you can travel as you please.

After Norway, Britain has the longest coastline in Europe at 11,000 odd miles. Not all of it is surfable, but a lot of it is, and the areas getting the best surf are usually the least populated; take a look at the diagram above. So this is already a good place to start from and then factor in grey skies, cold, rain, and well, you don’t need me to explain why hordes of surf trippers aren’t crowding out our waves when they could be going elsewhere right? You however are a hardy soul with a sense of adventure and a good wetsuit, so climatic factors won’t bother you at all 🙂

Only thing that could make this better? A pint of ale and a steak and ale pie by the fireside afterwards.

Ignore the Aussies who incessantly bang on about how much better it is ‘back home’ and deal with the reality: Britain gets good surf. That’s the reason why you dash home from work and jump in the sea. It’s why you have a surfboard stood up in your hallway. It’s why you know the misery of putting on a wet wetsuit! If you know where to look for it, you can find anything from slow, longboard-able points to heaving slabs via perfect barrels and offshore bomboras. Of course in between is miles of shred-able beach break. On its day, in the right place, you can catch some of the best waves in Europe. Only France, Portugal and Spain can better us, the other 45 countries in Europe must look upon our wave rich shores with envy!

Now this is where Britain forges ahead of the rest of Europe. If there’s any swell kicking about above the 45th parallel, we’re gonna get some of it. Be that a hurricane swell roaring up from the Gulf of Mexico, or a deep winter low powering in from Greenland, or a depression whipping up the North Sea, one of our coastlines will be lighting up. And what’s more our coastline is convoluted and many faceted meaning that even in the worst storms you can find shelter and a clean wave. If you’ve ever taken a trip to Hossegor when it was blowing onshore all week you’ll know what a blessing this is.

Surfers, laughing and drinking in a lovely British pub.

No country has a history as rich or has influenced the world with its music and literature like Great Britain. It’s that simple. Culturally and historically, the UK is the most interesting place on Earth. Just look how awesome our Olympics were compared to everyone else’s. You’re never far from being able to indulge your inner hedonist or intellectual whilst in Britain. And of course no one does cosy country pubs with fires to warm you after a surf like we do.

Yes we do have one, and it’s one of the best and most defined in the world and at the root of it is our sense of fair play and welcome of strangers both in and out of the water. No hissy-fits and petty territorialism for us; strangers are left to visit and surf in peace. That’s not to say British surfers are pushovers for when it gets good you will be promptly corrected on any breaches of etiquette, but we just know how to co-exist with one another. And when you get to the really remote places the vibe is like that long lost 1960’s golden era when surfers were one family. I can’t describe it, you just need to drive there and see for yourself.

It’s warm(ish), blue, and empty. Gotta be worth a tank of fuel.

When I was in Hawaii someone told me that the UK and Ireland were the last frontiers of surfing. You might have other ideas on that but the truth is that amazing waves are still being discovered, and in some cases, re-discovered, along our coastline. If it’s a hardcore surf exploration experience you’re looking for, with adventure on the road, and a real sense of not knowing what you’ll find, you’re in the right country, right now. Even in Newquay there are rare and unusual waves breaking that go unridden.

Right then, hopefully you’re fired up and ready to find some home grown surf! You don’t have to give away any secrets, but let us know if you’ve been surf tripping or plan to in Britain.

This entry was posted in Learn to surf, Surfing England, Surfing newquay. Bookmark the permalink. 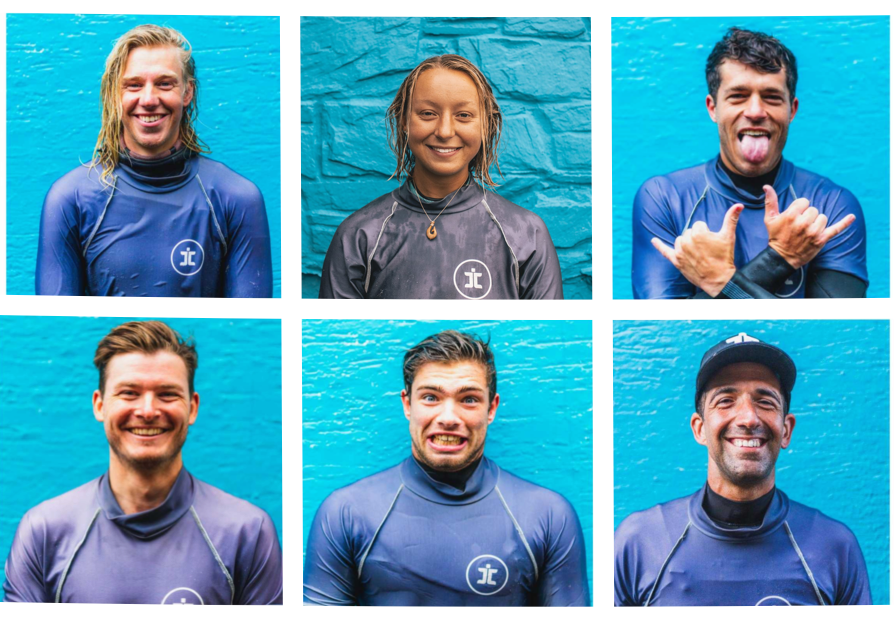